There  were Clorox bottles lined up in five columns a dozen deep, easily occupying most of the floor space of the monastery’s sacristy.  Each was filled with water, and the Abbess, white-hairedand well- spoken, was blessing them.   Taken aback, I simply stared.

“Where did you think Holy Water came from?” she laughed.

And I had to admit I had never thought about that.

As with so many aspects of home, the comfort of familiarity had precluded wonder.  It was, like so many things, something I simply took for granted.

But her pragmatic openness, the simplicity, the reminder that blessings are borne through one another, those were real gifts. She reminded me that each of us carries something of the sacred; strength comes in connecting one to the other. Blessing the water connects the consciousness of something greater than self to real reminders of someone greater than self. What is held as most ordinary, most mundane, gathered meaning in the act of blessing.

Catholicism is at home in the world.  There is the call to be attentive to creation, to experience awe, to know the sense of something far beyond self.   And that can happen in such simple ways, like Clorox bottles filled with holy water. 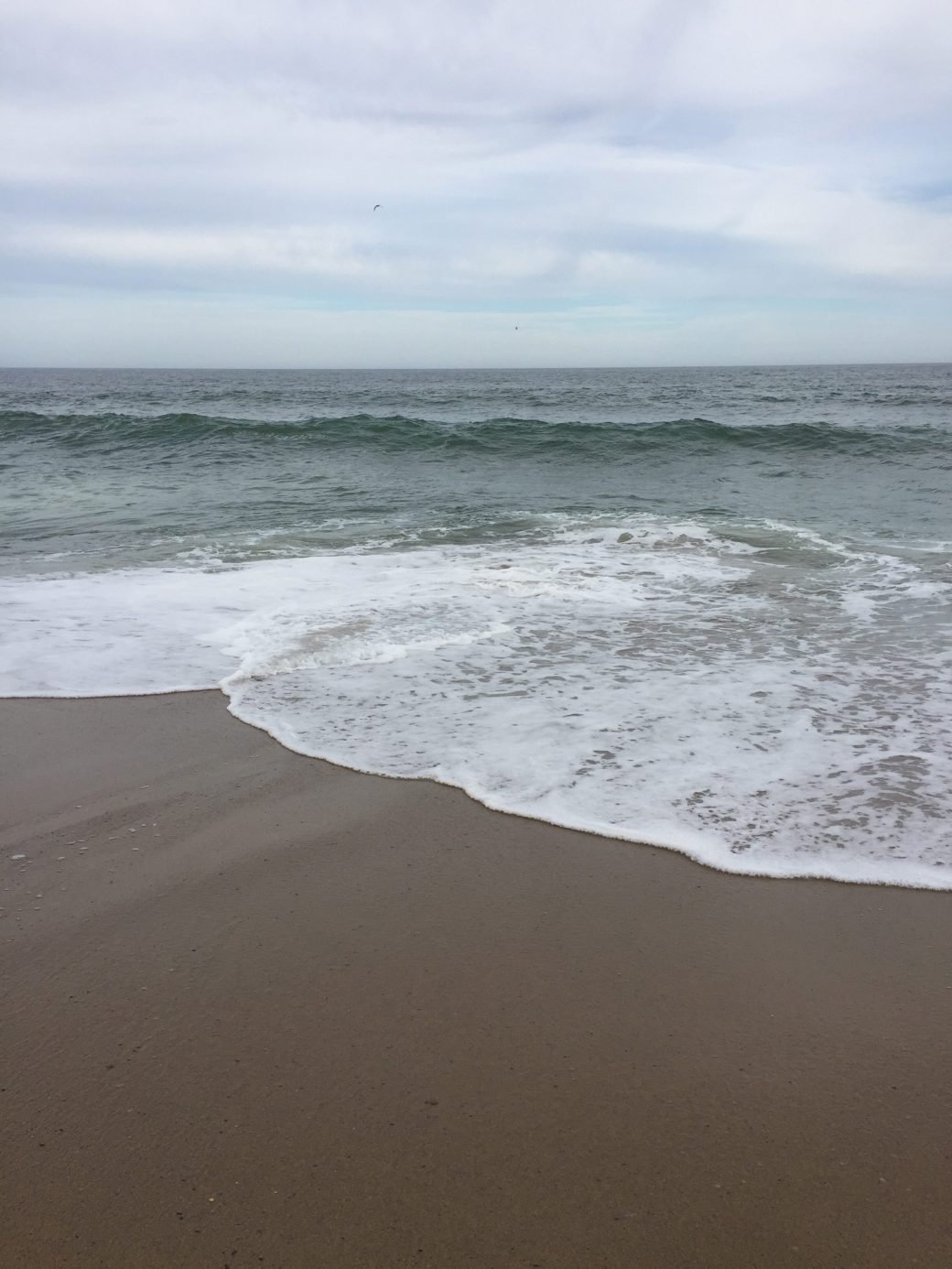 There is a certain cadence to Catholicism, a common familiarity with simple basics like the rhythm of the Hail Mary and the flow of the Our Father.  The words are wrapped around core values: relationships, communication, respect and trust.  They point to the significance of one and the essential Other.  Somehow, whispered in solitary or said in common, the words invite a sense of oneness or unity wherever they are recited: beside a hospital bed with a dying patient, before the altar during a wedding, after the petitions at Mass, during the Rosary or in a car on a dark and frightening winter roadway.

The words of the Hail Mary frame reminders: the Gospel description of the announcement of Jesus’ birth; the broader framework of the bonds between mother and child; the idea of praying together in spite of, or maybe because of, humanity.  There is a trust in the concept of something greater than self that makes speaking the words have meaning, purpose.  The soothing mantra of repetition allows deep breathing that hollows a sacred space for healing and quiet, strength and comfort, for perspective.

There is a luxury in the reality that the words remain, are spoken and prayed somewhere in the world, even when neglected or rejected, doubted or disparaged.  They are there to return to if desired, to reopen and reexamine when necessary, to explore and to pronounce at will.  There is choice in practice.

And so somehow, the words of the Hail Mary and the Our Father provide shelter, a home for a Catholic.   Speaking them, praying, is about experiencing the whisper, the hint of the transcendent.  But prayer is also about discovering, knowing, the richness of sharing the words in common.   What can be dismissed as rote and meaningless can also be the very thing that deepens and shapes a sense  perspective on the world and life, self and others as well as Other.

Churches are built of stone but made of people, of families and generations of persons. And yet, the very stability of the structure is characterized by the great constant:  change. Recognizing and dealing with change is a life-time skill, an art, that demands attentiveness and balance, requires both the bold confidence of courage and the humble embrace of compassionate acceptance.  The power of change, unexpected and planned, is evident at every stage of life and in the life of communities.

That familiar ebb and flow of change  knows a certain balance in Catholicism.  There is a steadiness in the patterns of prayer, the Liturgy of the Hours, the readings at Mass and the sharing of Communion that stretch across centuries.  Somehow, that established continuity, tender threads among community members across generations and cultures.  Still, there is the rhythm of change in the cadence of song, the design of art, the patterns of participation and the expressions of fidelity.  One folds into the other; change becomes continuity and continuity establishes home.

That broad identity provides niches for personal lives and experiences.  And along that path are the tools to support both change and continuity in all the levels of their complexity. For instance, parish communities celebrate baptism and recognize the shift in families as they change and grow.  There is the sacrament of reconciliation which empowers reflection on decisions and choices and enables individuals to consider and maybe choose change.   There is the formal recognition of marriages, celebrations of commitment filled with the sense of  change for persons and broad continuities for society.  And there is the Sacrament of the Sick, comfort in dealing with the most belligerent and painful changes and tying the present to the future for the anointed.  In these ways, Catholicism provides lifelong companionship with all the controversies and issues that implies.  Conflicts  and clashes are inevitable, but that very continuity is reassuring and life-giving.

Homes are harbors; there is a veracity there, an awareness of what is, what could be and even expectations about what should be. Homes are the dwelling place between the real and the ideal, between what is accepted and what is expected, between what is selfish  and what is selfless.  Homes allow ultimate freedom, laughter in pursuit of living and the potential of being “fully human”.

Behind a great fieldstone wall, there was a monastery of Franciscan Poor Clares in the north Bronx.  Although vowed to a life of poverty and simplicity, prayer and enclosure, they delighted in encounters with the outside world and often retold stories and lessons from those interactions.  One of their favorites came just after the election of a Pope.

Six of them had attended a Franciscan gathering g about an hour away.  Someone asked for a ride back to the Bronx and they were happy to share their big clunky blue sedan.  He happened to have been a secretary to a cardinal at the papal conclave and gamely volunteered to share his experiences and take questions.  The sisters had exchanged glances with the offer and gladly accepted.  He talked first about the pageantry and then about the beauty of it all and the sacredness of the process with a reverent tone.  His eyes popped with the first question.

“Can you telll us about the campaigning, the politics of it all?”

He pleaded first that it was all the movement  of the Holy Spirit, that it was entirely spiritual and free of all other influences.

The sisters burst into a benevolent laughter, smiles everywhere.  He persisted, insisted for a moment, said surely their lives of prayer would enable them to grasp the movement of the Spirit.

There was a quiet then a bit more laughter.

“Of course,” said one of the older sisters.  “But God acts through human beings such as we are, doesn’t he? We are just thinking it would be pretty difficult for the Spirit to act without that part, don’t you think?!”

He sputtered for just a moment or two more saying, “Your  lives are so isolated from the world! Why would you think of politicing?”

“We might be isolated but not from our own humanity, not from the humanity of others….” the eldest sister responded.  Then she quoted Irenaeus: “After all,” she said, “to be fully human is to be fully alive.  Enclosed or not, life is about being fully alive! and that movement of the Spirit does make us fully alive. How could the cardinals not be human? Not be aware of one another, of the impact of one choice over another?”

He relented and they preserved the story. What their home looked like from the outside to him was far different from the reality of home to each of them.  Homes invite us to more fully embrace the unedited realit of our humanity.